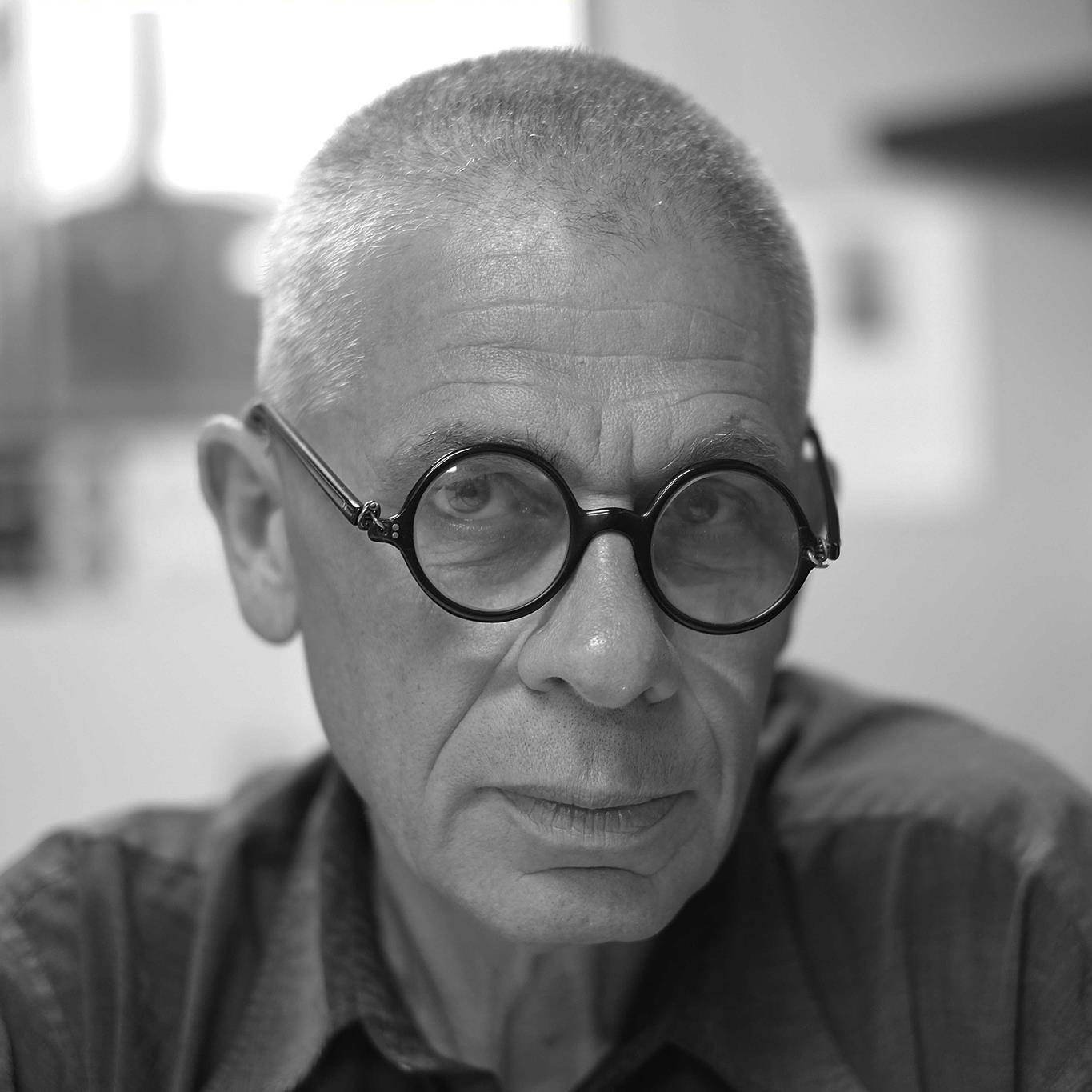 Sergio Calatroni was born in Santa Giuletta, Pavia, Italy in 1951. He lives and works in Milan, Tokyo and Marrakech. He attended the “Accademia di Belle Arti” of Brera in Milan, specializing in set design. Since 1975 he has worked in the field of architecture, industrial design, interior design, graphics, corporate image, creative direction, communications and journalism.

He has worked as art director of fashion shows and installations for: Luciano Soprani, Gillette Italia, GFT, and many others. Graphics and communications for: Fausto Santini, Alfa Romeo, Issey Miyake, etc. He is one of the founders of the Zeus group, the Zeus Art Galleries in Milan and New York. He also founded the publishing house Afro City Editions Milan, for theoretical research on architecture, design and art. His works have been exhibited in major museums in Italy and abroad. His most important architectural projects include office buildings: Roux de Perfe, Osaka and NOZ, Shizuoka, Japan. Shops and commercial spaces in Italy, Japan, France and others.

He has also been a professor of Architecture at the European Design Institute in Milan. He works with many leading magazines of architecture, design, art and fashion, in Italy and abroad. In 2003-2004, he has teached at Nuova Academia delle Belle Arti (N.A.B.A), Milan, Italy and from 2004, he is teaching at Academia di Belle Arti di Brera, Milan, Italy. From 2006 he was a member of the ADC N.Y., U.S.A. From 2007 he was a member of the International Academy of the Visual Arts, N.Y., U.S.A. From 2007 Sergio Calatroni is a visiting professor of The University of Tokyo, The University Museum, Dept. Of Museum Technology, Tokyo, Japan.